Flocked Wallpaper… some love it, some hate it.  We love it actually. Here’s what we recently came across: 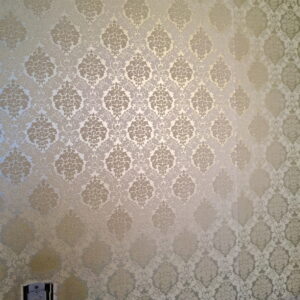 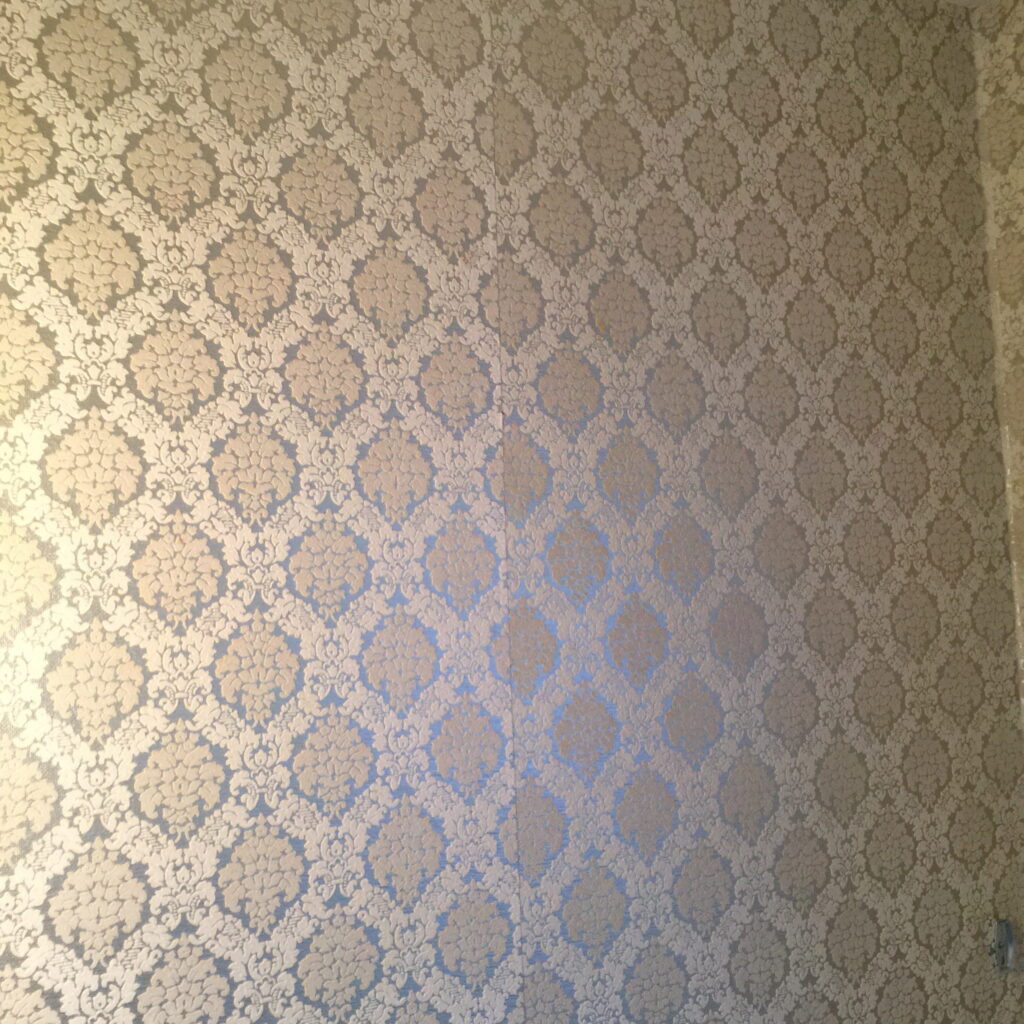 Intended to imitate cut velvet, it’s been around probably since the late 17th century.  Ok, this isn’t a history lesson, but that’s a long time.  It’s gone in and out of style since being invented.  The 1980’s was an IN moment.  And since most Flocked papers are pretty durable – some homeowners put it up and by the time they consider taking it down – it’s come back into fashion.

According to the Victoria & Albert Museum in London, this was once said of flocked wallpaper:            ‘I can conceive of nothing more terrible than to be doomed to spend one’s life in a house furnished after the fashion of twenty years ago. Dull monotonous walls, on which garish flock papers of the vulgarest possible design, stare one blankly in the face with patches here and there of accumulated dirt and dust …”

So, back to the above 1980’s fabulous flocking!  It’s a little yellowed, some of the flock has flown, but it’s on that wall pretty darn well.

Take it all down?  Deal with the leftover wallpaper paste?   Not so fast!

Bring on the metallic plaster!  It’s velvety!  It’s shimmery!  but it’s not dusty particles so it won’t flock off the wall over time.  Like near the light switch…

Let’s smooth some metallic plaster over that paper and even out the color, minimize the pattern, punch up the sparkle, and avoid re-doing the whole room. 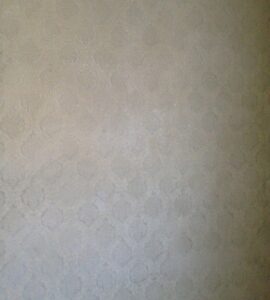 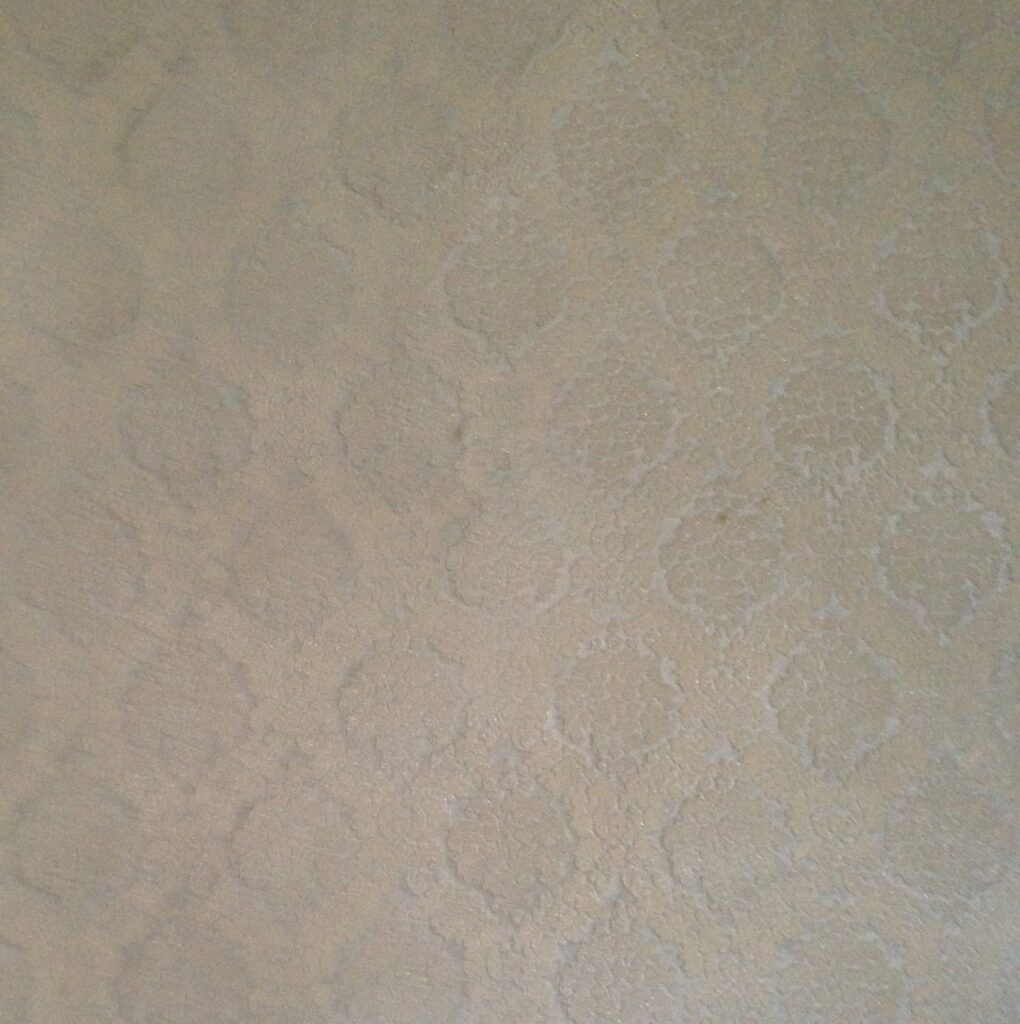 Super close up!  A little blurry, but you get the idea.  It’s really pretty. A modern light fixture and furniture were on the way; and then…  As it turns out, there was some water damage and one thing led to another…the whole room ended up being re-done.  Sigh.

Metallic plaster will be back!